JOHN MERCURE: I’m John Mercure, this is the Sunday Sip. I’m excited to be joined by my buddy Alex Eichhorn. He is with Tabak Law.

Alex, thank you for being with us. Good to see you.

ALEX EICHHORN: Well, thank you so much for having me, and great to see you as well, John.

JOHN MERCURE: You guys do so much important work, and I’m excited that we can take a little bit of time today to talk about some of what you do. And we’re going to focus in today on worker’s comp claims. Let’s start with a broad question: What is worker’s comp? People have heard that term but maybe aren’t sure what it means or how it could possibly apply to them. What does worker’s comp mean in the broader sense?

ALEX EICHHORN: Yeah, so in the State of Wisconsin, 97 percent of employees are covered under Wisconsin Worker’s Compensation. It really is a bargain that was drafted about 80 years ago in which employers are forced to carry insurance so if their employees are injured at work, they’re covered. So you’re entitled to loss wages while you’re off work; you’re entitled to coverage of your medical expenses; you are entitled to permanent/partial disability, which is a payout to make you whole for the injury you suffered; you are entitled to potentially loss of earning capacity; and in some cases, if indeed you can’t return to the work you were doing at the time of the injury, you may be entitled to vocational retraining or be paid to go back to school and put yourself in the same position you were in.

JOHN MERCURE: Alex, you raise a really good point because I think a lot of people think that they’re entitled to loss wages and that’s about it, but the list you just went through is impressive and exhaustive. Does it kind of depend on the nature of your injury, the nature of your career, a lot of different factors that go into what the compensation benefits can include?

ALEX EICHHORN: Yeah, certainly. So the loss wages that you’re entitled to when you’re injured are 2/3 or 66.6 percent of your average weekly wage. So if you are a higher earner making a thousand dollars per week, you’d be entitled to $666.66 in each weekly check. In addition, that’s not taxable, so it comes out to be slightly less than you would on average be earning, however, very, very close.

JOHN MERCURE: Wow, that is close. Is there any sort of cap?

ALEX EICHHORN: There is a cap. The cap is around a thousand dollars at a temporary total disability rate. So if you’re making about $4,000‑or‑so in pretax earnings, that’s the cap for TTD benefits.

Alex, what’s the most common type of injury that you see in work comp claims?

ALEX EICHHORN: Yeah, so by far, the most common claim that we see are occupational claims. These claims are not ‑‑ don’t stem from an acute incident, meaning that someone lifted something and their back popped out or rather they’re crushed or their finger was cut on something, these claims are from years and years of use.

So we just had a very successful appeal case where we went to court, an individual was working for an employer for approximately 20 years doing manual labor. His average day consisted of some lifting and some bending and some more repetitive motions, and over a period of 20 years, his back became worse and worse until finally he was taking pain pills on a regular basis just to go to work. Finally, he went to his doctor and his doctor did an MRI. And at the time, my client was only 46 years old, and his doctor said, “Wow, your spine looks like it’s that of a 65‑ to 70‑year‑old. What do you do for work?” And he had told his doctor exactly what he does, you know, he lifts, he bends, he’s doing more manual labor at work. And his doctor was able to identify that his work conditions had accelerated this condition beyond the natural progression.

So the real question is: But for your work activity, would his back have been in the condition he was in? And the answer to me was clearly no. My client certainly thought that his work activity over 20 years contributed to his bad back ‑‑ as well as his doctor. And his case went before a judge, and the judge ruled in our favor. And just recently we received from the appeals counsel confirmation that, in fact, they affirmed a lower court, and our client was then entitled to substantial payment.

You just mentioned medical doctors, you guys can help a client work hand in hand with their professional, their medical professional, to get what they need, right?

ALEX EICHHORN: And that’s exactly right. So oftentimes, I’m spending my time contacting client’s doctors who are unfamiliar with the forms that are necessary to fill out in order for a claim to be compensable. So the most important form in any worker’s compensation claim is a form called a WKC16B or 16B for short. And in this form, it really is quite straightforward, it asks your doctor to attest to the fact that your injury is work related and then asks them to identify the extent of the injury. And, oftentimes, the doctors are unfamiliar with what factors are to be taken into consideration in determining the percentage of permanent/partial disability. So we have a pamphlet and booklet that we’ll send to the doctor that identifies the factors that they should take into consideration. In addition, then I can talk to the doctors and say, here are your findings, here are the objective findings and subjective complaints are to be taken into consideration, and guide them through the process to accurately assess permanent/partial disability. So, yes, we’re working very intimately with doctors on a daily basis.

JOHN MERCURE: And that’s such a critical part of the process. Tabak Law’s Alex Eichhorn is with us.

When should an injured worker retain an attorney?

ALEX EICHHORN: You should gave an attorney a call right away, whether it be my office or another attorney who handles worker’s compensation. The calls in worker’s compensation, or at least attorney’s fees, are free. The initial call is free. And the system is quite complex and convoluted, so an injured worker likely doesn’t know exactly what benefits they’re entitled to. And maybe they’re getting a portion of the benefits they’re entitled to, but they really wouldn’t know. So you should give an attorney ‑‑ and hopefully my office, we’ve been handling these claims for nearly a decade now and we’ve helped hundreds of injured workers get the benefits that they’re entitled to, but give us a call, within a few minutes we’ll be able to identify if, indeed, you need to retain us. And to retain us, we can do it electronically. It’s free, there is no upfront cost to you to retain us. The only time that my office is getting paid is if, indeed, we’re successful in getting you benefits that you otherwise would not have received. And even in that case, then the worker’s compensation company is cutting us a check directly, so you’re not put in a position where you’re forced to write our office a check that you may not have in your account just yet.

Great information, Alex, thank you so much for being with us.

Find us on Clio’s App 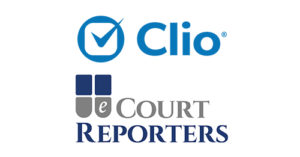 Find us on Casetext 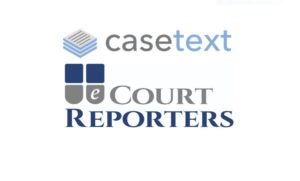 What’s the latest at eCourt Reporters?